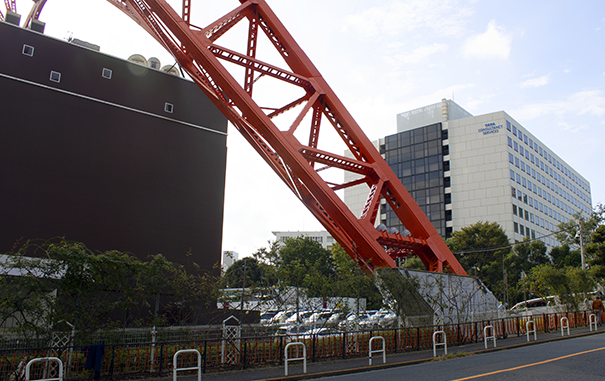 Cicero warned us: “Do not let your women rule you”.

Having invaded and sucked the US dry, the parasite job-robbing Indian Mafia is moving into Japan.

Expect to see tent cities popping up all over Japan as locals are driven from their jobs by the invading parasites.

Notice how right off the bat the article is jealous of western expats who live in Japan.

If there is anything white people in the west are doing that Indians aren’t doing, they will sniff it out like a dog at your dinner table and make sure they remove you from doing it.

It’s how the Indian Mafia rolls.

Indians are so desperate to be anything other than Indian.

Japan, you are insane to let these parasites into your beautiful cities.

She moved to Germany, rather than move back to nightmare India.

Believe us, the Japanese are not going to stand for mass invasion and takeover of their country the way Americans have.

Indian Mafia staffing agency Tata Consultancy Services, right, moves in near Tokyo Tower with only one goal in mind:

To displace as many Japanese as possible and remit Yen back to India. Stealing Japanese tech and industry is

most likely a close 2nd goal of the Indian Mafia. India Incs use staffing agencies as their mass invasion conduits.

“The final chapter is about “the business and professional world.” It should be of interest to anyone involved in business and employment in Japan. Interviews with a variety of Indian workers and businesspeople reveal an understandable ambiguity toward Japan work and business culture. The long hours, language differences, seniority-based pay and other features of Japanese employment see many Indians drawn to Japan ultimately seeking brighter prospects elsewhere. The ambiguity is mutual, of course, and this final chapter reconfirms Japanese reluctance to open up to foreign workers — including the vast talent pool presented by India — despite its demographic decline”.

That’s because they know as soon as they let you in, you’ll invade their companies, kick them into the streets, and trash their country.

“Megha Wadhwa, Ph.D. is presently a Research Associate at Freie Universität Berlin. She is also a visiting fellow at Sophia University Tokyo. Her work focuses on Indian Diaspora. She is also the author of ‘Indian Migrants in Tokyo: A Study of Socio-Cultural, Religious and Working Worlds.’
Megha is originally from New Delhi and had been a resident of Japan from 2007- 2021. Before moving to Japan she was working for Marubeni India, the fifth largest trading company in Japan. In 2011, she joined Sophia University for her Masters. Her topic of research reflected on the life of women in India after marriage. Later in 2013, her research focused on Indian migrants in Japan. Her research on Indian migrants still continues and she is presently located in Berlin, Germany. She also a trained in documentary filmmaking. Her recent documentaries are ‘Daughters from Afghanistan’ (2019) and a 7-minute documentary on Indian cooks in Japan (2020). She is a freelance writer for the Japan Times and has written several articles on the Indian community in Japan, among other subjects”. ​​

Looks like they are already screaming “refugee” in order to bust into Japan and change its immigration policies. It’s how the Indian Mafia rolls.

Careful there Japan, or you will end up like Silicon Valley: invaded and run out of your own country.

as the parasite garbage people move in and trash the beautiful city.

Warning, Japan, this is your future.